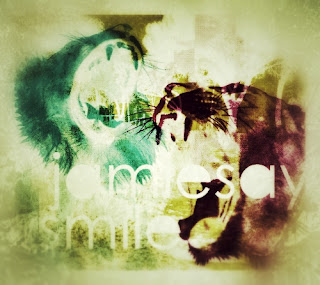 Day Three is a four track release from this one-man outfit from Wakefield. Jamiesaysmile is the alterego of West Yorkshire writer/producer Dan Hayes and this release on the underground DIY label Geek Pie Records is his first attempt at a proper release

What you get here is a free EP which showcases what the project is all about: complex but accessible pop anthems that start small then build into wider, more expansive soundscapes. This is indie with an eye on the mainstream and I for one hope he can transfer the promise contained here into a live show, because this feels like part of the cure for what ails popular music at the moment. Remember, pop does not have to be populist!

The key here for me  is the transition between moods and dynamics; when the overdrive kicks in and mutates the guitars from twangy to crashing or the vocals move from reflective to downright sad, Jamiesaysmile captures a sound all of his own.

Get the download, keep your eyes and ears open, enjoy!