Den Svenska by Hilary and The Democrats 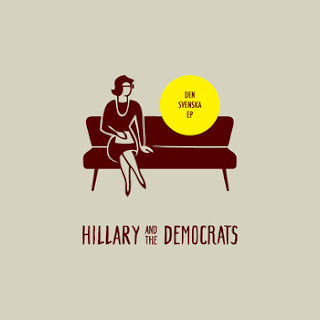 Despite the title, Hillary And The Democrats are a four-piece from Liverpool; although there is a certain Nordic pop element in the mould of The Cardigans in evidence from the opening bars of the bouncy, jaunty opening track, Let’s Play Kubb.

The EP closes in confident mood with Excuses, Excuses; if there was to be a soundtrack to summer 2012- should it ever arrive- these guys would be in the running for a place on it. Yes they’re a bit geeky and ever so cheerful, but this is the time and place for that, even if we haven’t got the weather for it!