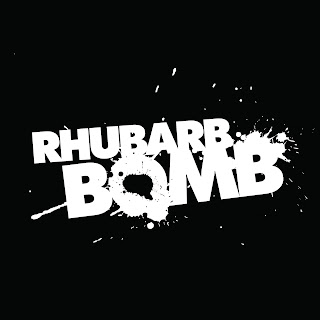 Right on – it’s time to celebrate the launch of our brand new issue. What’s inside? Well, I don’t want to spoil the surprise too much, but we got some interesting bits and pieces revolving around various Wakey folk heading out into the wider world; Runaround Kids Irish Tour Diary, Protectors heading for Japan, Rob Fisher on his journeys around America and Louise Distras on the importance of touring and spreading your message. We take a look at how you go about getting paid for being an artist, the importance of music helping us find meaning in life and the story of how Retarded Fish ended up supporting The Cribs at their 10th anniversary homecoming gig.

But how to launch it? Ok, we invite you to join us at The Orangery on August 4th. We’ll be spinning some vinyl, there’ll be a bar, I might read from the Arnie novelisation I’ve been enjoying recently. There will be a raffle, including the chance to win tickets for Leeds Fest. And there will be a pretty diverse range of bands too:


Wakefield's finest Doom-Pop mavericks, fresh from the release of their astounding 'Midnight In The Sycamore Lounge' album


Having recently being picked up by BBC 6 Music Soulmates Never Die, aka Josh Lewis have been spreading their / his ultra DIY fuzz folk to many a crowd across the land.

'I saw Soulmates Never Die at Long Division and he put on a great show there, confident and quirky but not intimidated by the awesome surroundings of Wakefield’s Old Court Room, this kind of sums up what I enjoyed most; the outsider on the inside sort of vibe that he created there is evident in each of these tracks.' Matt Rhodie for Rhubarb Bomb


In demand contempory folk duo, having recently toured with Fairport Convention and completed their own  tour. A star studded second album is imminent!

'Not only do they get folk, they have the talent and vision to move it forward.' - Fatea


A solo set (or maybe a duo if turns up) from The Spills' frontman. He is amazing and has a lovely beard too

It’s FOUR POUNDS to get into the gig. It’s only TWO POUNDS if you happen to be wearing an official Rhubarb Bomb T-Shirt. And it is FREE if you are under 18 years old. Come and support local music and get talking to some equally passionate people.