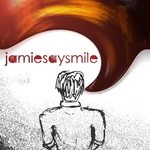 Having already enjoyed the first release from Dan Hayes’ project Jamiesaysmile, I was more than happy to try out a second instalment.

This new EP does not disappoint; so far his live shows have been acoustic showcases for his voice and song writing skills, while the recorded output has hinted at what could be with full instrumentation. Now there is a promise of a full live band line-up which is a real positive because my favourite tracks on this EP are the ones featuring that ‘fuller’ sound. Jamiesaysmile proves in this recording that DIY doesn’t have to mean ‘second best’ because the recording oozes quality and has a real sense of polished, painstaking perfection in its production.

As a first encounter, it can’t fail to impress you, as a second taste of what he has up his sleeve it’s doubly delightful, because what he has delivered is another anthemic, perfect pop pearl of a record. Honest!